If you are looking for some lilypond files concerning pipeband drumming (tenor flourishing, highland snare drumming), you are in the right spot. LilyPond is an opensource music engraving program using text as input (much like LaTeX).

Lilypond does not provide a standardised way to accomodate Pipeband Drumming, like there is for Bagpipe notation. Before lilydrum, Simon Froger already submitted a piece of code to the Lilypond Snippets Repository, which could simply be included for this to work. This was the starting point for lilydrum, after which some flourishing symbols were added. Eventually, some extras were added (such as automatically switching flams/drags/ruffs, and a tutti music function) but at the core, most of it is still Simon's work.

Below is an annotated example of using lilydrum. For more ideas of working with lilydrum, you can look at the urls below. You might also be interested in looking at my working tree, and the generated output at Scores (now with search functionality!).

If you want something added/changed, you can find me at ericteunis at this domain or on github (with issue tracker).

lilydrum.git
The small library this page is about (and as a lyp package)
bwwtolily.git
Tool to convert bww files into lilypond (originally by Jezra)
pipeband-music.git
Most of the music currently entered

Example for a Stock 6/8 score 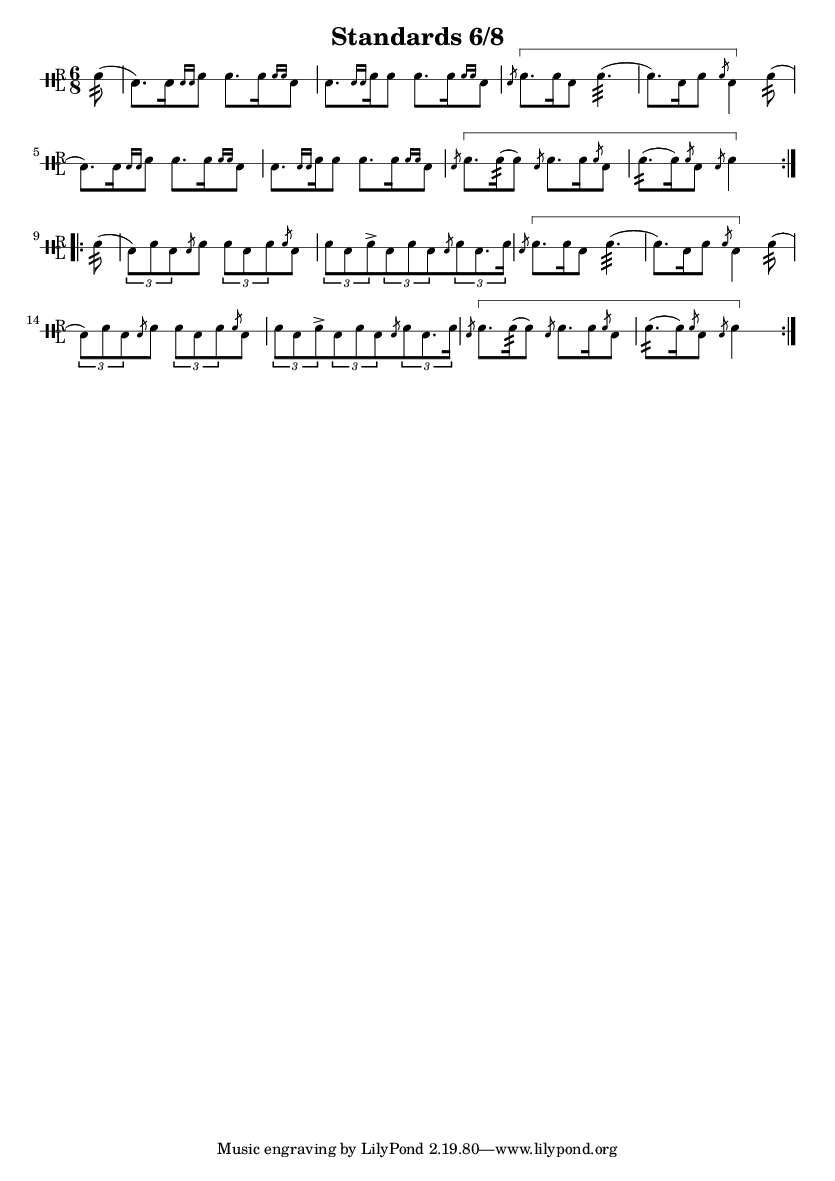